At Tackleuk we stock the largest range of Minn Kota motors in the UK. Below you should be able to find what you are after. We stock various motors including salt water  and freshwater varities. Since its founding, Minn Kota has led the way in product innovation and cutting-edge technology. The Minn Kota electric trolling motor began its life in 1934 in Fargo, North Dakota. Mr. O. G. Schmidt, inventor of the trolling motor, was known to be a man of many diverse ideas. Prior to the trolling motor, Mr. Schmidt invented, produced and sold a copper soldering torch from his home in Wheatland, North Dakota. Due to its success, manufacturing operations were then moved to Fargo. Because of its proximity to the MINNesota – North DaKOTA border, Mr. Schmidt named the business The Minn Kota Manufacturing Company. Since then the company is now one of the biggest suppliers of outboard trolling motors in the world. Be sure to also check out our extensive range of Fish Finders to go with your new motor. 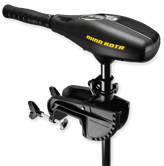 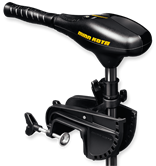 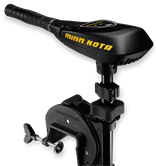 1-3 Day Dispatch
An email has been sent with more information.

All prices inclusive of VAT & Images are for illustration only

Listen to Our Customers